Sick of the corporate grind and ready to do something meaningful with your career?

Partner with Next Door Photos by launching a local real estate photography business that solves problems, generates wealth, and makes a measurable impact.

Watch the video to learn more 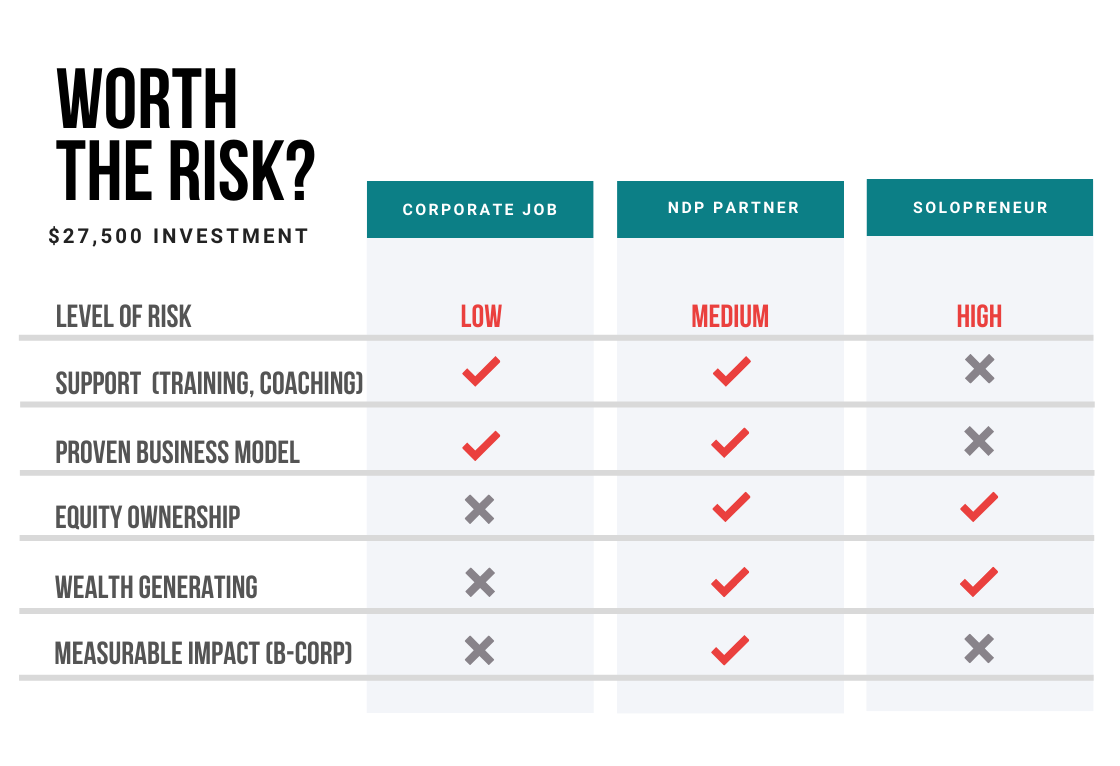 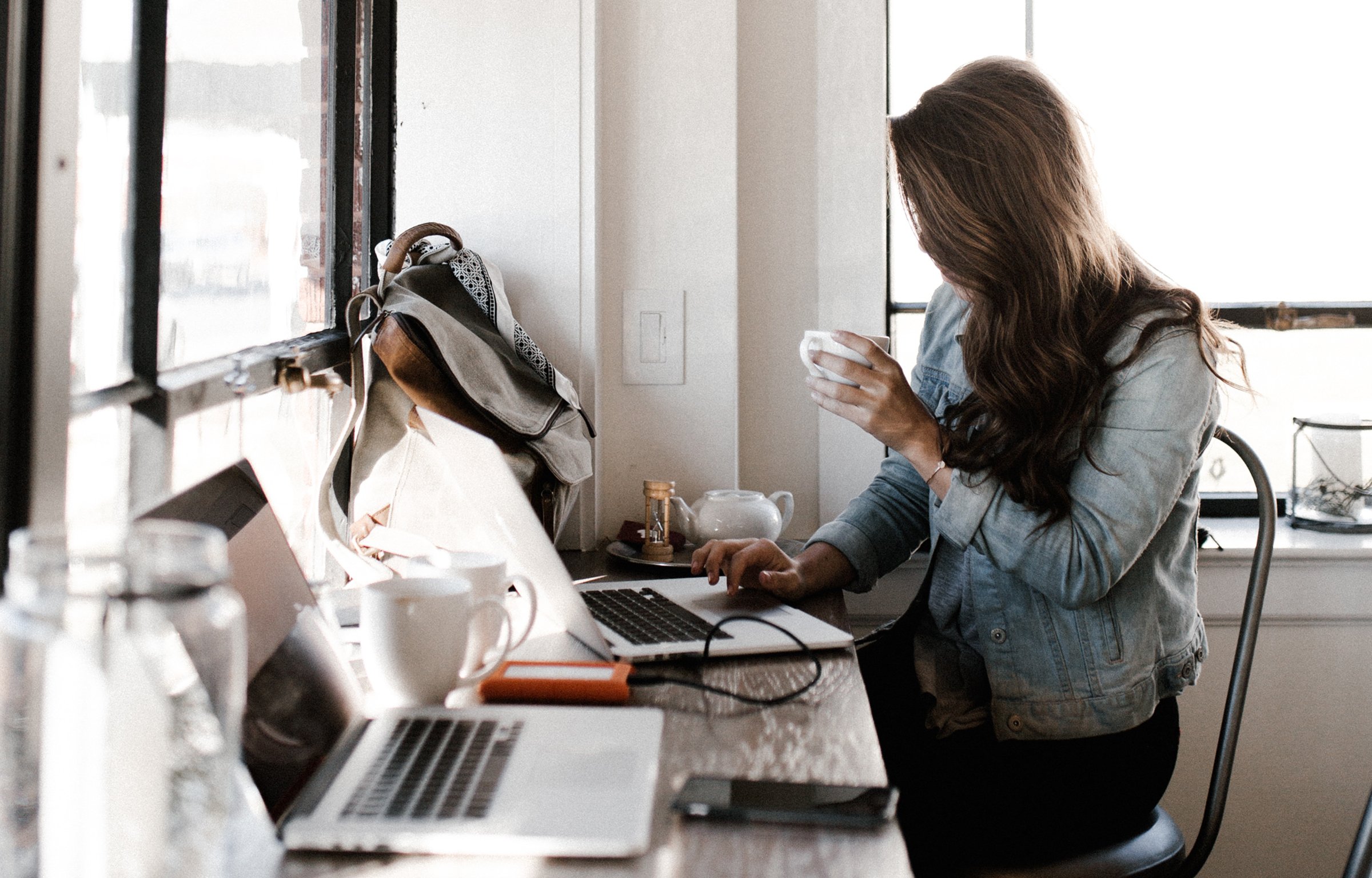 Click the “Let’s talk” button, fill out a quick form, and we’ll be in touch shortly

Work your way through our candidate portal and local owner on-boarding. 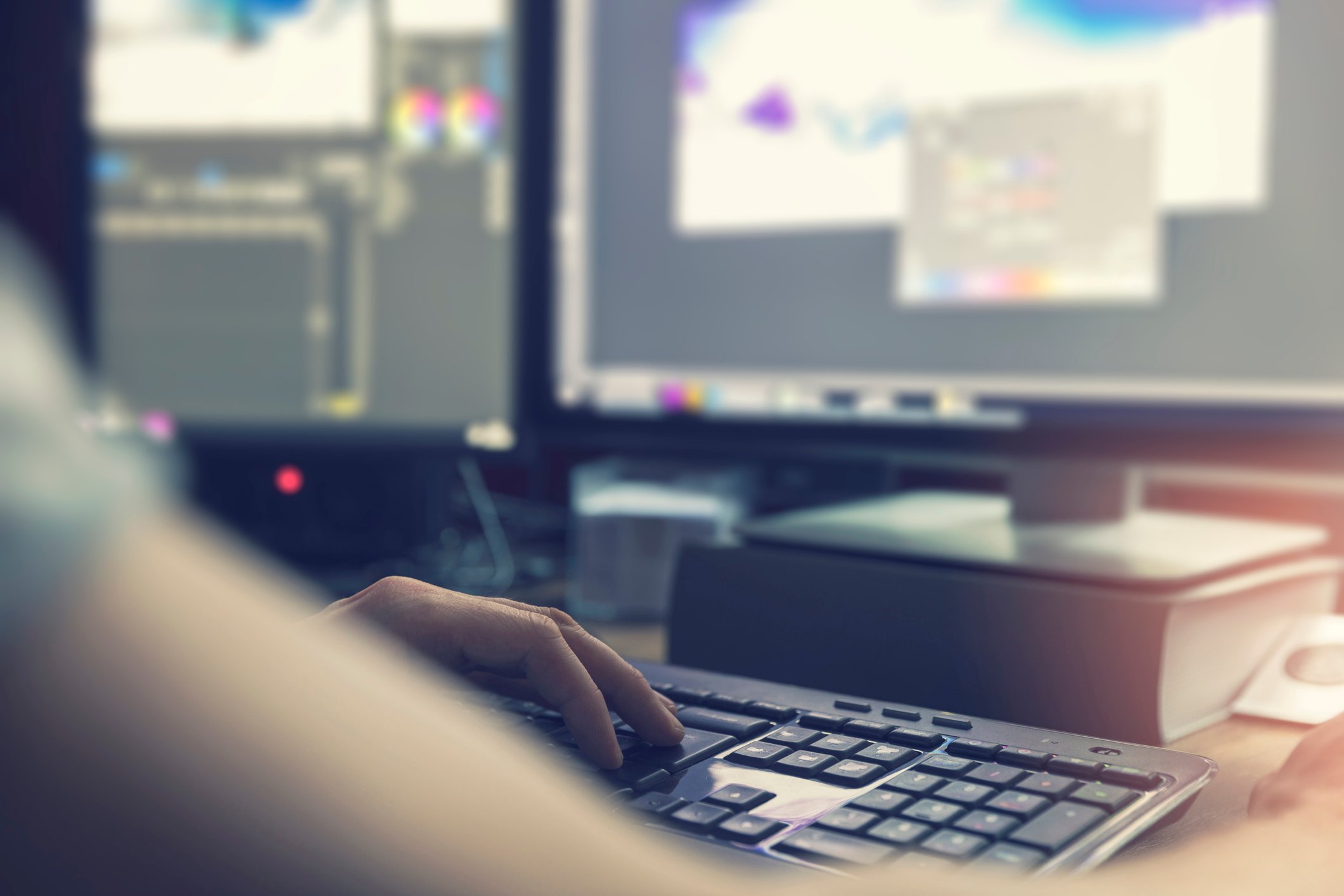 Launch your NDP location to build wealth and drive impact.

What are the benefits of a partnership?

At NDP we believe in the value of ownership and we believe in sharing the wins. That is why we chose to partner with people to launch and grow new business locations. It is one of our core desires to help people become business owners and partner with them to scale. We do this by launching NDP locations as joint venture LLCs and split the equity with the local owner. More details on our structure outlined within our candidate process.

What kind of support does NDP offer to the local owner?

Running an NDP is not a lonely endeavor. We provide local owners with the support needed to scale your business. We provide and maintain the systems that your NDP business runs on while also providing coaching, marketing, design, editing, payment processing, and bookkeeping. The best thing about NDP is the community and collaboration among our Local Owners.

What is the cost of launching an NDP?

Like in most business start-ups there is capital needed to start. NDP has streamlined the launch of our local businesses providing a high growth business opportunity with a surprisingly low barrier of entry. The capital needed to launch an NDP location starts at $27,500. This includes equipment, systems, legal and training as well as an executive business coach for the first two years. There are many financing options available so do not let this be the barrier to finding out more!

What are the financial requirements for owning an NDP?

NDP does not have a minimum net worth requirement as many comparable opportunities have. However, we do require that local owners fully understand the financial aspects of launching, growing and scaling their business and that they are able to provide a plan for their personal needs through the first year of launch.

Is photography experience a requirement to own an NDP location?

No – Local Owners are not required to have any photography experience. We are looking for business owners that are passionate about business development, sales, and customer service. We provide photography training to all Local Owners before launching their business.

Where can I open an NDP location?

Next Door Photos is looking to launch locations all across the US and Canada. Many cities/metro areas are large enough for multiple locations so please reach out even if you see an NDP in your metro region.

How long does it take to open an NDP?

NDP has a candidate process that all potential local owners walk through while deciding if this is the right opportunity for them. This process includes access to the NDP Candidate Portal which allows you to gain a deeper understanding of the business through self-guided videos, financial models, personality profiles, interviews, and assessments. The typical candidate process takes 4-8 weeks with the goal of launching within 30-45days after signing a Letter of Intent. 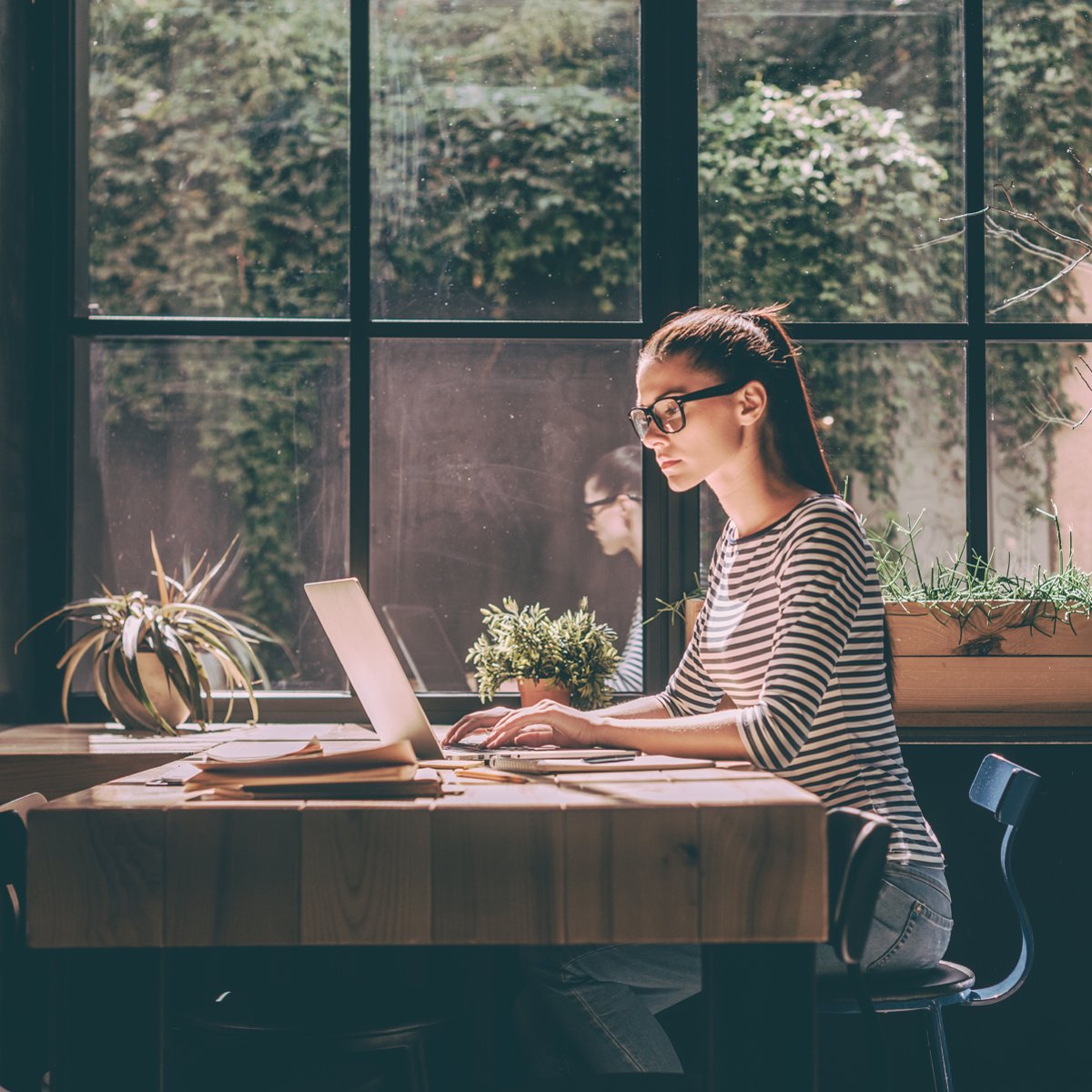 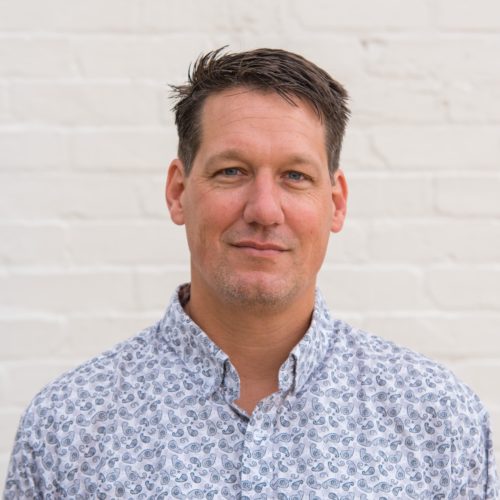 Paul co-founded NDP in 2015 with a vision for helping real estate agents sell listings faster with great photography and media.  Since then, the company has helped thousands of customers across North America with a unique business model that partners with local entrepreneurs to create wealth-generating local businesses that grow sustainable and scalable jobs for vulnerable, rescued and underserved populations globally.

Prior to founding NDP, Paul held leadership roles in automotive and LED development, manufacturing organizations, co-founded charter schools, and created low-income housing construction initiatives.  His work allowed him extensive international travel as well as to live in Japan and Mexico as an expat. In addition to spending time with friends and community, he  enjoys surfing, kiteboarding, and snowboarding.  Paul has a degree in Mechanical Engineering from Calvin College and holds 11 product and process Patents. 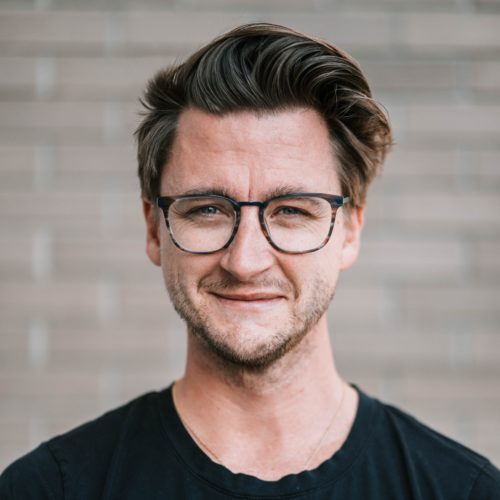 Taylor photographed his very first home in the fall of 2010 (with his new iPhone 4) working as the Director of Communications at a property management company–and hasn’t looked back since. With a background in sales and marketing, Taylor launched Front Door Photos, a real estate photography company, in 2012 which later was acquired by Next Door Photos–which he co-founded in 2015. As NDP continues to scale, Taylor’s focus on growth–in revenue, people, and overall impact, helps the company move forward under a shared vision to see business used as a force for good–both locally and globally.

In his spare time, Taylor enjoys his secondary role within the organization as Chief Celebration Officer where he loves to gather with people over good food, drink, and conversations. You can also find him spending time with his wife and 2 kids exploring the West Michigan lakeshore.

Caleb is the team’s token Canadian joining NDP in 2017 when he launched the first Canadian NDP location in the city of Ottawa. After a year of growing the Ottawa location, Caleb joined the leadership team as the Director of Product where he leads the charge in keeping NDP at the forefront of innovation through product development and implementations.

Before NDP, Caleb owned a creative agency offering videography & photography, digital & print marketing design, and also filmed and produced a number of documentaries for charities like the United Way. Prior to 2015, Caleb lived in the UK for 10 years where he married his wife and where they had 2 of their 3 kids. During this time abroad, he worked for a technology firm leading their training programs for organizations across the UK.

Caleb and his wife have enjoyed leading 2 church plants over the years; one in the UK and one they are involved with now in Ottawa. He enjoys film, photography, travel and spending time with his family. He also hates cats and peas and wishes he had hair like Taylor Blom. 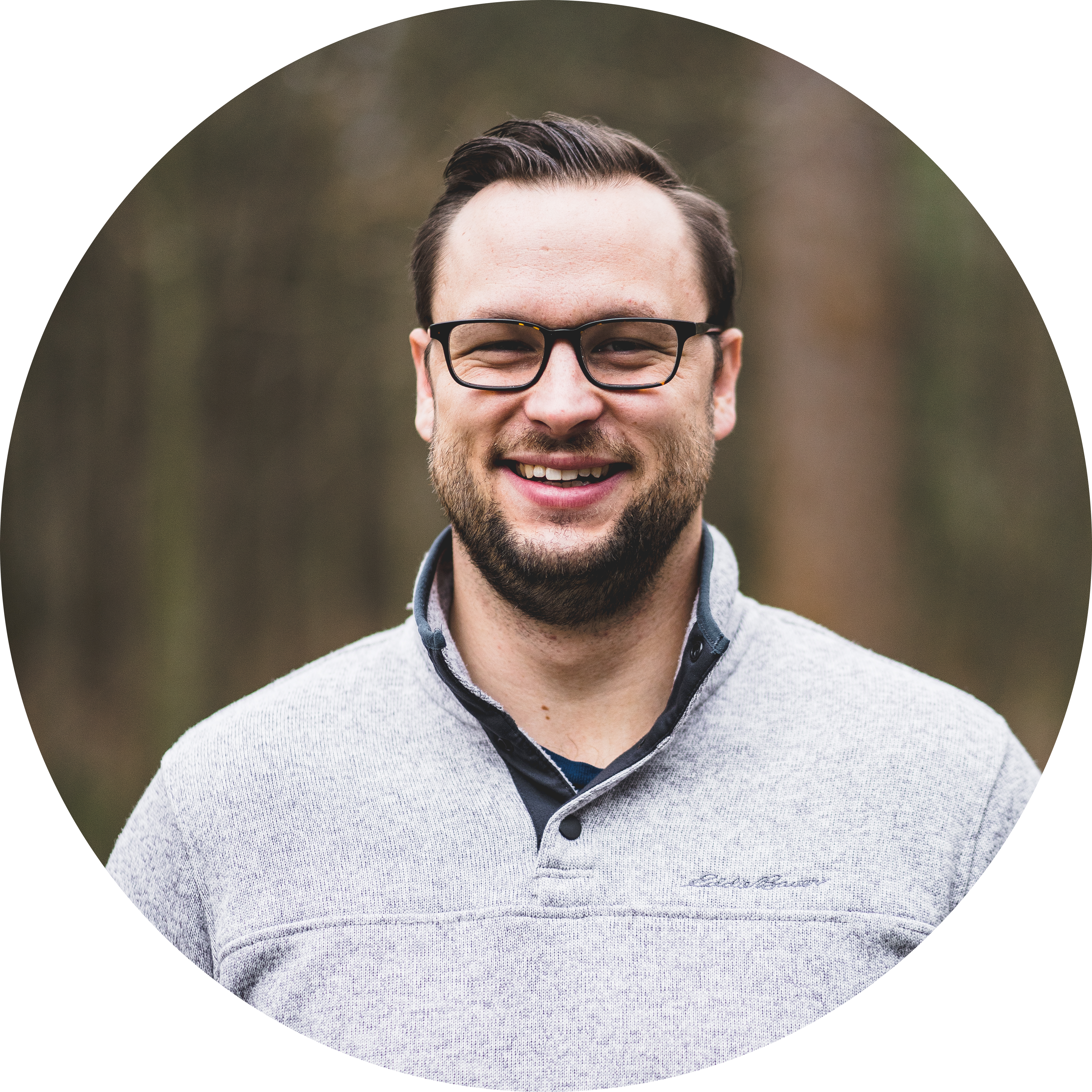 Aaron originally joined Next Door Photos in 2016 as one of the first Local Owners of the newly created Next Door Photos model. Throughout the next 2 years he worked alongside the growing team to grow his territory in Michigan. He then moved on to helping build out the sales and coaching process as the company’s first Director of Sales. After nearly 2 years Aaron moved on to a fast growing real estate tech company to help lead their regional sales team. After leading through the pandemic, Aaron decided alongside the NDP team that it was time to return to help solve the problems that they had started working on. Aaron now returns as the Vice President of Sales to work on all things revenue related. In his free time Aaron likes to spend time with his wife and two kids on their property in rural Michigan. 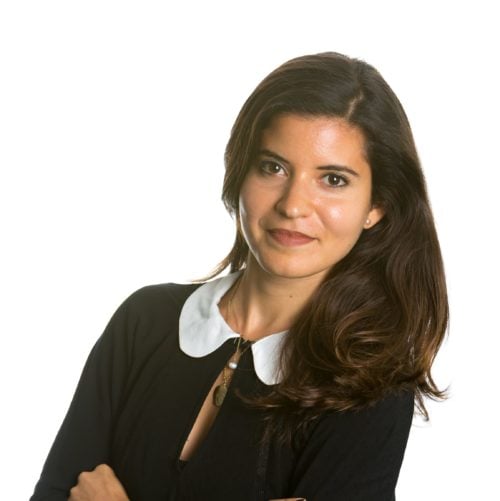 Maria joined NDP in 2019 as Director of Operations. She is a curious problem-solver who ended up working for an international commercial real estate company in Singapore, where via research, problem-solving, and analysis she created and managed solutions to solve problems and improve the way the business operated. Prior to joining NDP, she visited the Philippines to meet one of our editing partners. She was impacted by the excitement and drive in the women and men she interacted with who were given an opportunity that changed the course of their lives. Being able to work at a place where she can create value, bring people together, and be a change agent for good in the world has been her ambition. In her current role at NDP, she works with our editing partners, local owners, and other stakeholders to develop solutions to better serve our customers. Ever since she was a little girl, she has had an appetite to experience people and cultures across the globe which led her to get a degree in International Politics & Economics from Wheaton College.

Maria was born and raised in the Dominican Republic and loves sunshine, beaches, and traveling with her husband Toby.

Toby has been working with Next Door Photos for the last 3 years and became the owner of Next Door Photos GR in 2016. With a BA in Communication and Management from Hope College, Toby is passionate about building relationships with realtors, homeowners, and business owners and empowering them with high end visual marketing media. In his free time, Toby loves playing and coaching soccer, rock climbing, spending time with family and friends, and traveling.

Taylor Blom and Paul Vander Kuyl were tired of watching people choose between careers that could make them a lot of money or careers that could make a big impact in the world. Knowing that there had to be a way to combine their entrepreneurial spirit with a scalable and sustainable solution to the problem, they decided to create their own company that could live in the space between corporate and non-profit–to create a way to make an impact and make money. They dreamed up a unique business model that would partner with local entrepreneurs to create wealth-generating local businesses that grow sustainable and scalable jobs for vulnerable, rescued, and underserved populations globally.

They saw an opportunity in the real estate media market that could make that dream a reality, and in 2015, Next Door Photos (NDP) was born. Brokers and agents hire locally-owned NDP offices to take photos, shoot video, and create floor plans and 3-D models. Because the real estate business is so fast-paced, the raw media files need to be edited and delivered the following day. This process was initially outsourced, but NDP quickly realized that the digital supply chain included workers who were exploited and who were paid wages that kept them in poverty.

Their solution was to create a network of media editing teams focused on building a redemptive supply chain. Their first editing hub, NDP Edits, opened in the Philippines in 2017 with a team of 25, many of whom had been rescued from human trafficking or at severe risk of expoitation. They currently have more than 250 full time employees editing around 100,000 photos each month, and plan to launch in Kathmandu, Nepal, later this year. While NDP Edits focuses on employing trafficking survivors and those at risk of exploitation, a separate editing initiative was launched in Nairobi, Kenya in Q2 of this year focusing on providing jobs in underserved areas. One NDP photo shoot provides four hours of paid work, so the NDP offices create the demand for NDP Edits, and the high quality of work and next-day turnaround create a healthy supply for NDP offices. This is the perfect recipe for a scalable and sustainable social impact venture.

With 40 locations across the U.S. and Canada, each with its own local owner, NDP is empowering the next generation of social entrepreneurs. And they aren’t finished. They have an audacious goal of launching 40 additional locations each year, with an overall goal of having 250 locations across the nation by 2024.

The message to entrepreneurs is not only can it be done; you can do it. And partnering with NDP to become a local owner is an easy, medium-risk way to start your own, wealth-generating business while being part of something that is making a global impact. Be free to choose both.